The population of Burma is estimated at 48-50 million, approximately 50% being Burman; the rest is made up of various ethnic nationalities, the largest being the Karen, estimated at 7 million.

During the WW2, while the Burman sided with the occupying Japanese, the Karen fought alongside the British army, and in return for their loyalty hoped to be granted independence after the war, but it never came.  The Burmans switched sides and fought the retreating Japanese.  This led to Burma requesting, and being granted, its independence in 1948, with no concessions being given to the non-Burman minorities.

Since then various guerrilla wars have raged between the ethnic groups and the Burmese military regime. While fragile cease-fires have been made with other groups, hostilities between the KNLA (Karen National Liberation Army) and the Burmese SPDC army (State Peace and Development Council) still go on, and this remains the world's longest-running civil war.

In an effort to repress the Karen the Burmese military's strategy is to burn down villages, use civilians as forced labour, impose heavy fines, rape women and use villagers as human mine-sweepers.  The Karen State is one of the most heavily mined areas in all of Burma.

This is forcing civilians to seek safety, thus creating the refugee crisis on the Thai-Burma border.  The camps in that area currently hold approximately 130,000 people, some having been there for many years.

One such camp is Lep Per Her, just inside Burma, above the Moei River, which forms the border between Thailand and Burma.  The camp holds 700 people but they are restricted from entering Thailand as the neighbouring refugee camp of Mae La across the border is swelled to capacity, with 45,000 occupants.

In 2004 I raised funds to finance a new water system for the camp, replacing the old bamboo one with new plastic pipes.  Although in June 2009 Lep Per Her was attacked again by the Burmese army and the DKBA, forcing over 3,500 people from the camp and the surrounding area across the border into Thailand. 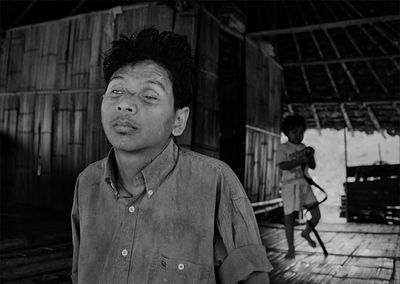 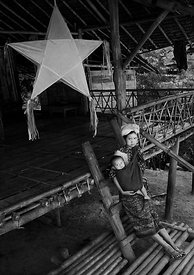 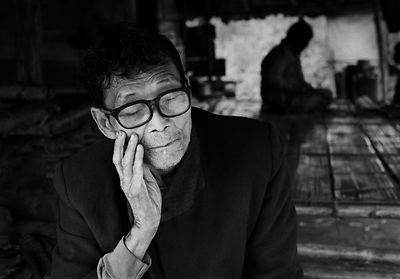 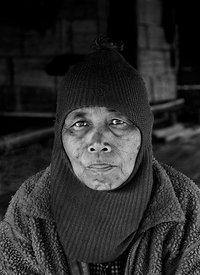 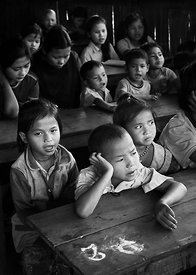 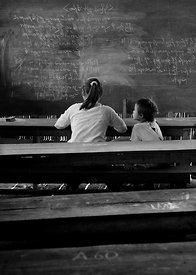 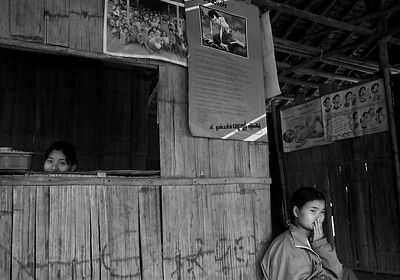 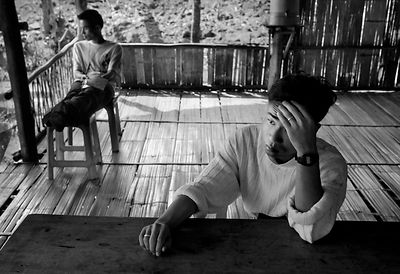 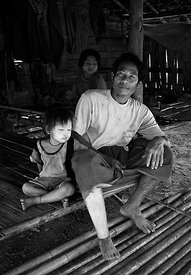 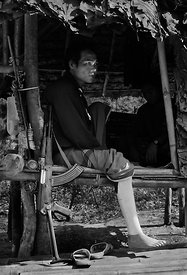 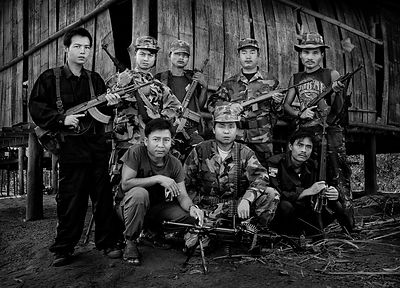 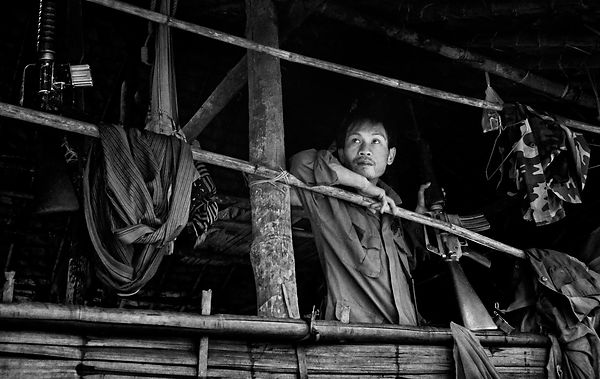 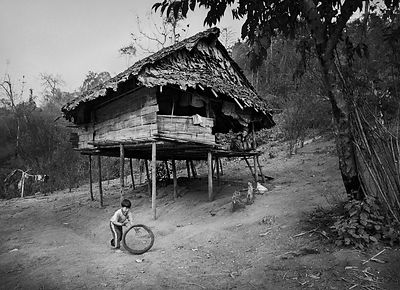 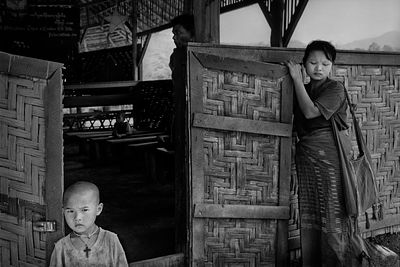 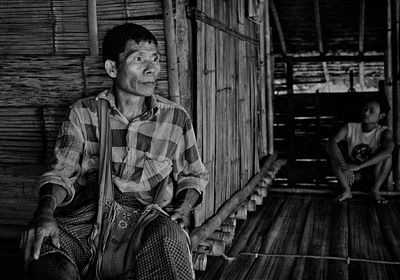 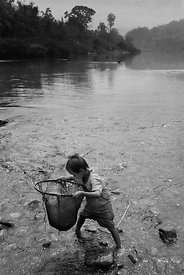 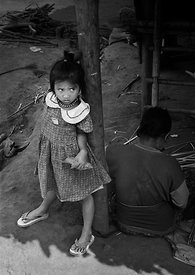 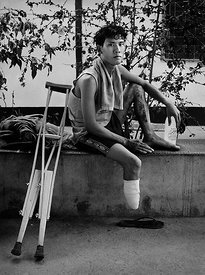 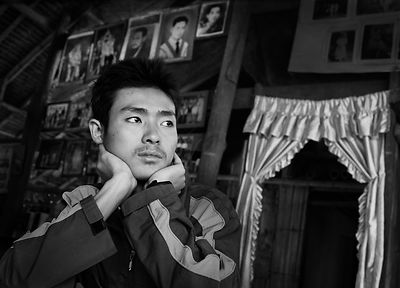 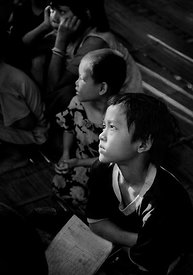 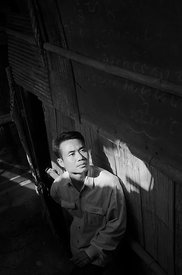 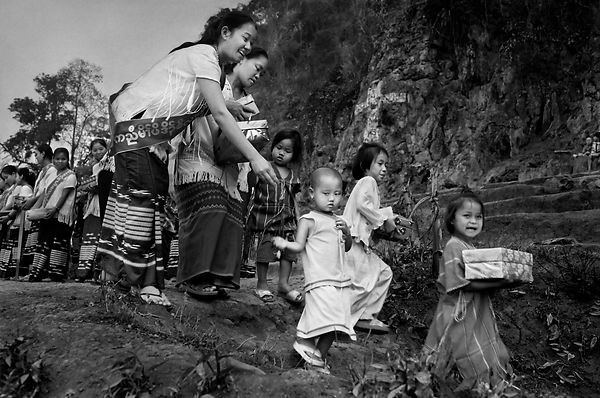 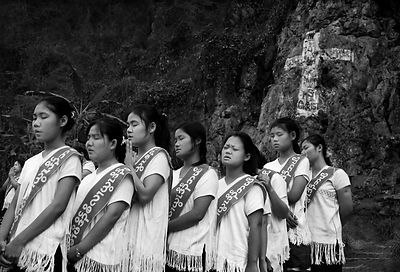 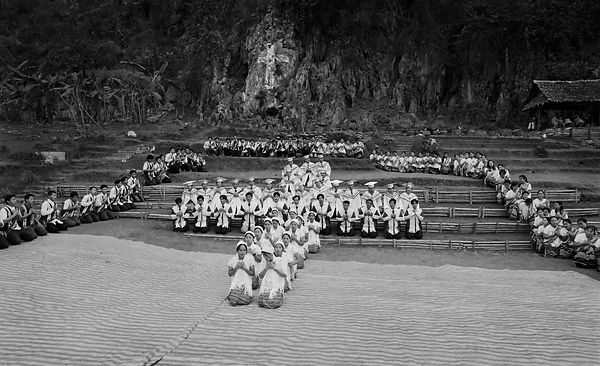 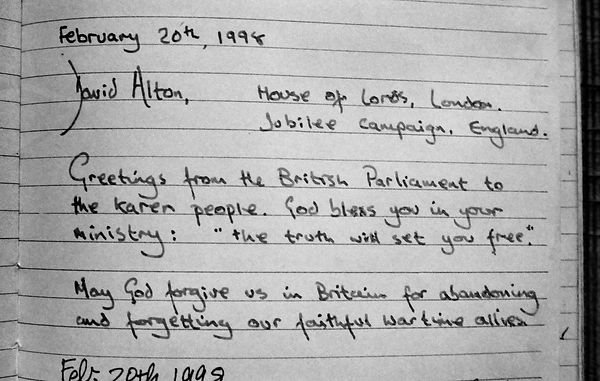